First off, the intro. I’m adding a sort of preword to the game to give some context to the world at the start.

As far as the rendering, things have changed a lot there.
When I first made the pre-alpha, WebGL was not very widely adopted. Instead I used Canvas with a little WebGL extras.

On top of being able to do a lot more with WebGL, it’s also typically a lot more efficient since a lot more of the work is done on the GPU.
Though with improving it, I wanted to keep an impressionistic look and not make it actually look realistic.
Here’s a comparison of the change so far: 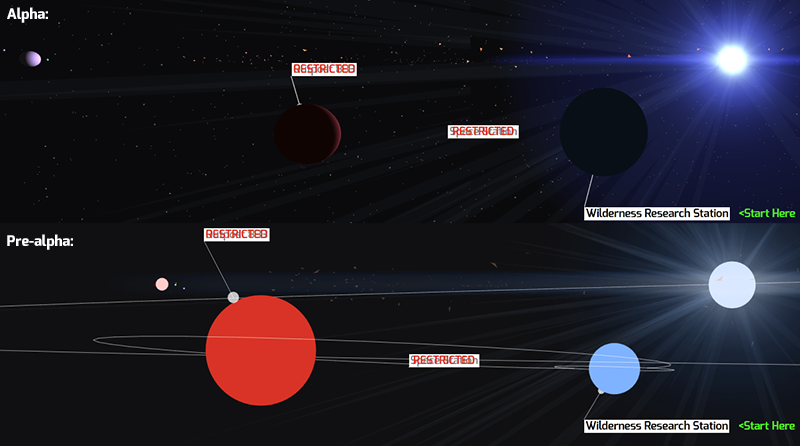 Coming up in the next post, I’ll be showing the new, alternate plainly rendered solar system that will be an option for those that don’t have the hardware for the 3D rendered system.